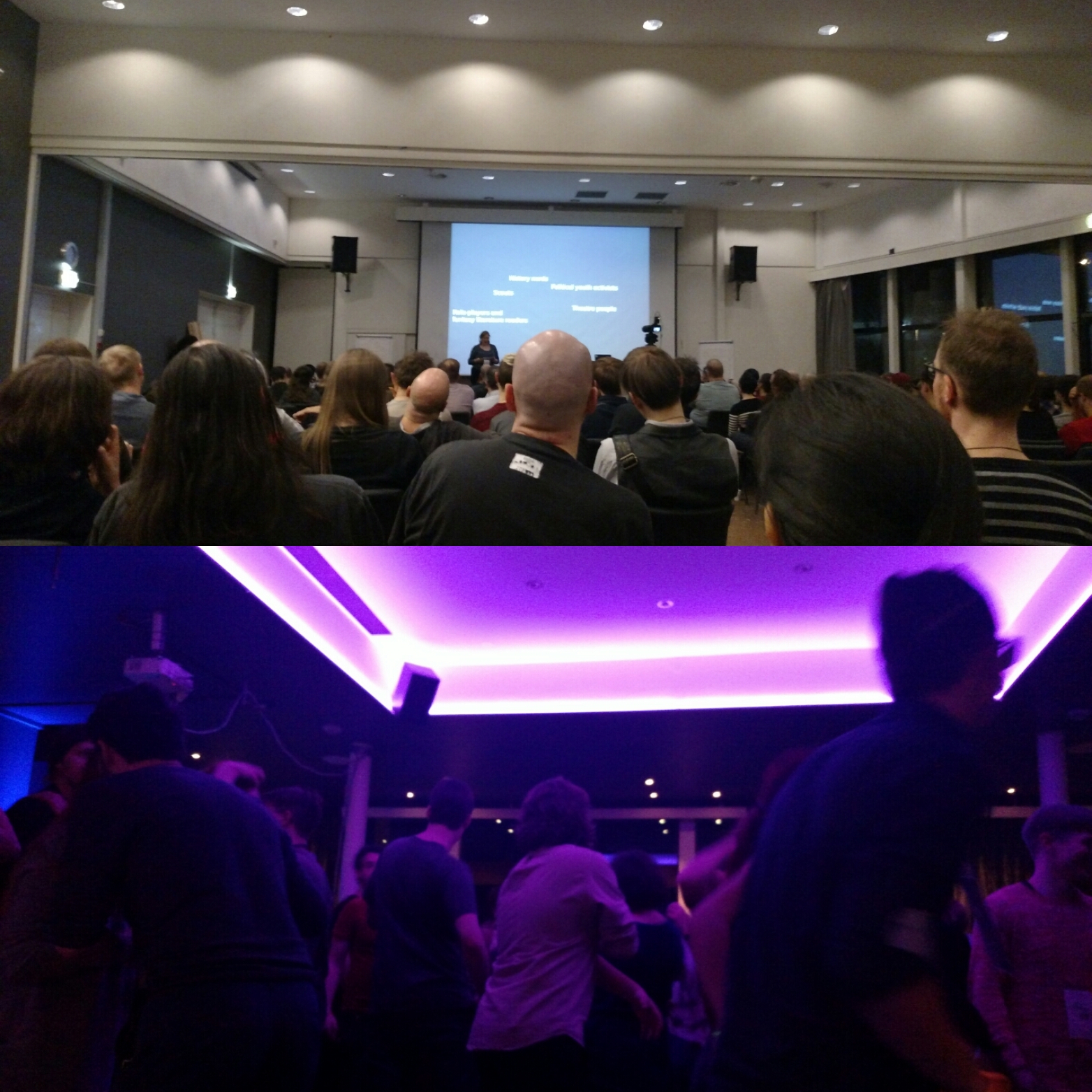 On a cold night in Norway, I pressed my back against a yellow wall, breathing shallow anxiety induced breaths. I had been patiently waiting and nervously planning coming to Oslo for months. I’ve never traveled solo internationally, and I was terrified.

These were my first moments of Knutepunkt, an academic conference that is based around larp theory and practice. Americans and Scandinavians tend to narrow their eyes across the water about larp, despite the fact that they have far more in common than is readily seen. We don’t talk that much across the sea, but we should. Both Americans and Scandinavians have something to bring to the table, and the misconceptions about play and style can bog down any serious discussion.

As a budding academic and larpwright, I needed to come to Knutepunkt to round out my research. Luckily, NYU, my current place of study, agreed.

I had one goal: Convince the larp scholars at Knutepunkt to give me all of their research. If I was ever going to finish my thesis, I needed them. All of them. Desperately. I wanted their 20 years of research on larp.

All I had to do was to enter Kampen Bydelshus, the community center that organizers were using for A Week in Oslo. Designed to be a fun time to get to know each other and the land, many activities are planned to allow folks to catch-up and bond.

But no bonding could happen if I didn’t go inside.

I went over all of the terrible things that could happen. The body I inhabit with its multiple marginalized identities mean every single day is a lesson about staying alive. Once you realize it, you can’t unsee it. James Baldwin said, “To be a Negro in this country and to be relatively conscious is to be in a rage almost all the time.” It’s true. Once you are conscious you see injustice in every brick and even the mortar. Even fantasy and escapism is tinged with the bitter taste of the hatred placed upon me. So, I hyperventilated then I took some deep breaths and went inside. I was determined to live my bravest life.

Nordic Larpers and American Larpers give each other terrible raps. Nordic larps aren’t all elitists who are trying to take away rulebooks and boffers. Nordic Larp has boffer larps. They also have amazingly complex larps that explore intimacy, racism, sexism and investigate the past and future…just like Americans. There are a lot of ways to larp, and the Nords and Americans would do well to keep the conversation going.

I don’t know what I truly expected of Knutepunkt, but it wasn’t what I got.

I was nearly immediately accepted into a group of some of the most intelligent, kind and thoughtful people. Knutepunkt isn’t perfect, but it did create a community that was always striving to think about where it was going, and how it could be better. Not only that, every single person who heard me ask for materials gave them to me. Easily. Before I went to Knutepunkt I had two books, two academic journals, nordiclarp.org (which is BRILLIANT) and the strange suggestion of Claus Raasted’s blog from a professor. While entertaining, the blog really can’t be said to be quotable for my thesis.

books sent directly to my inbox, several papers, and copious books.  When I went back to America, TSA questioned my suitcase,  but I otherwise passed easily onward. I learned more in one week at Knutepunkt than I had learned in classes and larping. Between the excellent Nordic Larp talks by Maury Brown and Hanne Grasmo to the heavy scholarship and kindness of Jaime MacDonald and Jaako Stenros, I was always talking and learning.
Below are my 17 Take-Aways From Knutepunkt.

And a bonus unexpected take away:

18. The Danes are the New Jerseyans of Scandinavia.Peanut Butter and Jelly, rugbrød and smoked salmon, Cuban rolls and butter, SKAM and my face… These are all great things that go together. As a proud Jersey Girl, myself and other Jersey folk noticed some ridiculous cultural similarities between us and Danes. Maybe it’s the brash personalities that cover up warm melty centers? Maybe it’s the sheer loudness? The inability to understand us after a few drinks? Who knows? Either way, Danes are definitely the Jerseyans of Scandinavia.